More than just killing in MH

More than just killing in MH

To almost the exception of everything else, I've been playing my 2 edits of MH-LostInTime over and over: one with monster swaps, the other with Ferali's X-vehicles... the latter of which is practically cheating as the dinos don't see a player when they're in vehicles so it's kind of a slaughter. 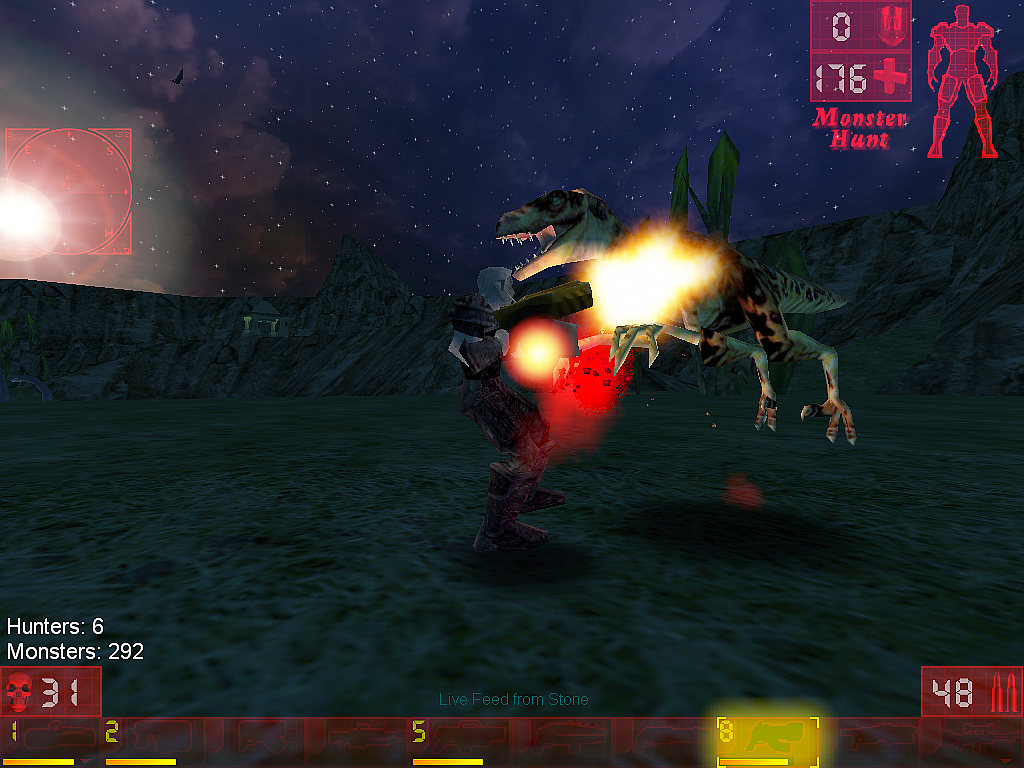 Been debating making another edit to make it even harder, probably swap in Predators/Yautja. Maybe do some weapon swaps.

The thing I love about the map is there's more involved than simply killing the monsters to win the game. You have to go around the map and trigger switches which open access to other things on the map. The way you exit the map doesn't even open until you get 8 of the 9 switches. A lot of the earlier mappers of MonsterHunt did this kinda thing fairly often, most don't anymore, and not all of them did a great job of it... but this map is exceptional.

Mapper is Derdak2rot, I've gone through the rest of his MH maps on UnrealArchive to check out... but I was wondering if anyone knew of maps similar to this type? Where you have to do more than kill the monsters to beat the level.